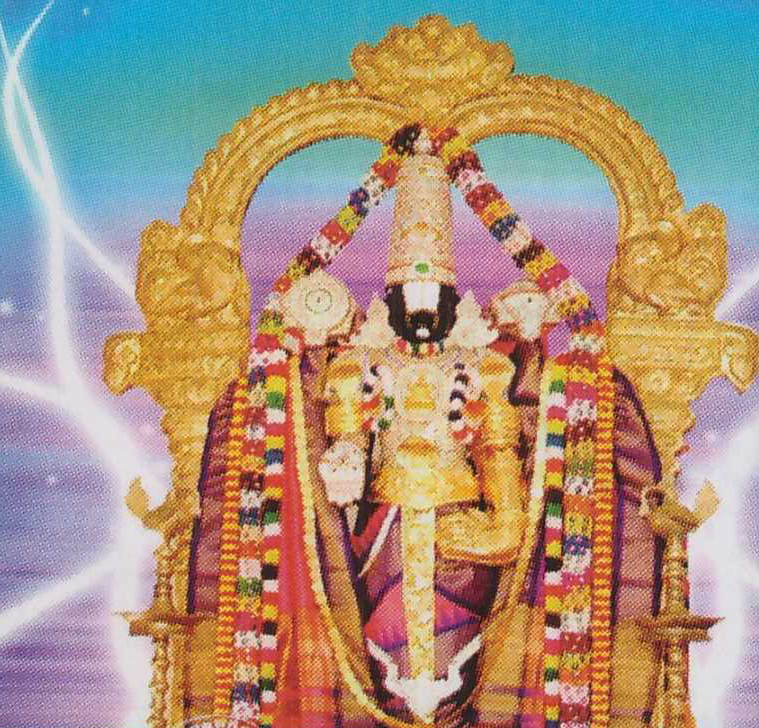 Have both material and as well as spiritual significance. Havan is a purifying ritual with a fire ceremony. It has direct action upon the body as well as upon the mind. It is an act of sacrifice and selfless contribution to the universe by the performers. It promotes health and enables the soul to evolve higher on the path of spiritual perfection. The materials offered in the Havan are great disinfectants which purify the body and mind. The lungs are purified by the smoke inhaled and many people were cured of long-standing ailments.

Gurur Brahmaa Gurur Vishnu Gurur Deva Maheswara.. k moksha maolam Gurur Kripa…. poMeaning: I prostrate to the Guru who is himself Brahma, k Vishnu and Maheshwara who is verily the supreme absolute, itself… is observed and thereafter the Gayatri Mantra is recited is 3 times: Om Bhur Bhuvah Swah, Tat Savithur Varenyam, Bhargo Devasya Dhimahi, Dhio yo nam Prashodayat eaning: God the creator of life, the remover of pain and sorrows, believer of happiness….. We begin any function with a Ganesha prayer. 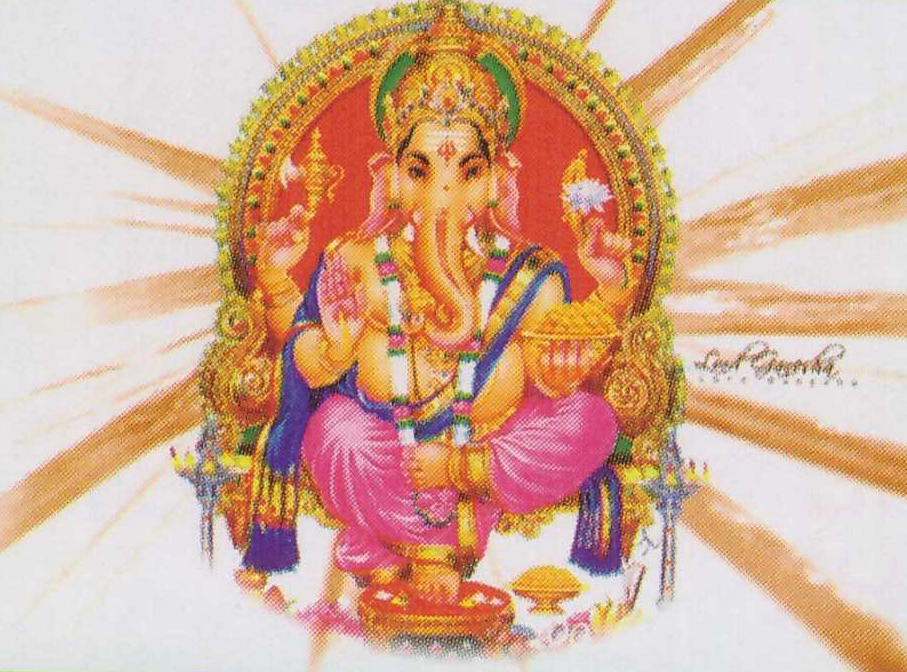 The Vinayaka Chavithi or Ganesh Chaturthi is dedicated to Lord Ganesha the God of wealth, wisdom and learning, Vinayaka Chavithi is observed with much fanfare.. Before worshiping any God or Goddess, one should seek the blessing of Lord Ganesha who will deliver eternal blessing to the devotees. Andhras celebrate Vinayaka Chavithi on the auspicious month of September or October. Lord Ganesha is the son of Shiva and Parvathi with an elephant countenance, a curved trunk; big ears; a huge pot-bellied body of a human being. He is the Lord of success and destroyer of evils and remover of obstacles. Ganesha is also worshipped as the God of wealth, knowledge, wisdom and health. Ganesha has the unique distinction that his name is always invoked before any other Gods name in any prayer service. The elephant form symbolises wisdom, supreme might, superpower and protective quality. The one broken trunk represents his priceless sacrifice for humanity. Its use for recording the holy scriptures in the interests of wisdom and knowledge. The Ankusam or goad in his right hand is the instrument that removes all obstacles from our path to enlightment.

1. The first prayer observed at the Venketaswara Makara Sankranthi. Sankrathi is a festival of social well being and glory. Sankranthi is meant to ward off the evil spirits from the crop fields. Celebrated for three whole days, the festival is religiously followed by all the farmers of the place. South African Telugus generally regard this period as very significant for ancestor worship and also thanks-giving to the Lord Almighty for their well being during the course of the year. Andhras during this time hold Raam bhajana as a form of thanks giving to Lord Rama for his benevolence. Sankranthi strengthens bonds and bring about changes in one’s attitude towards spiritual peace and harmony. 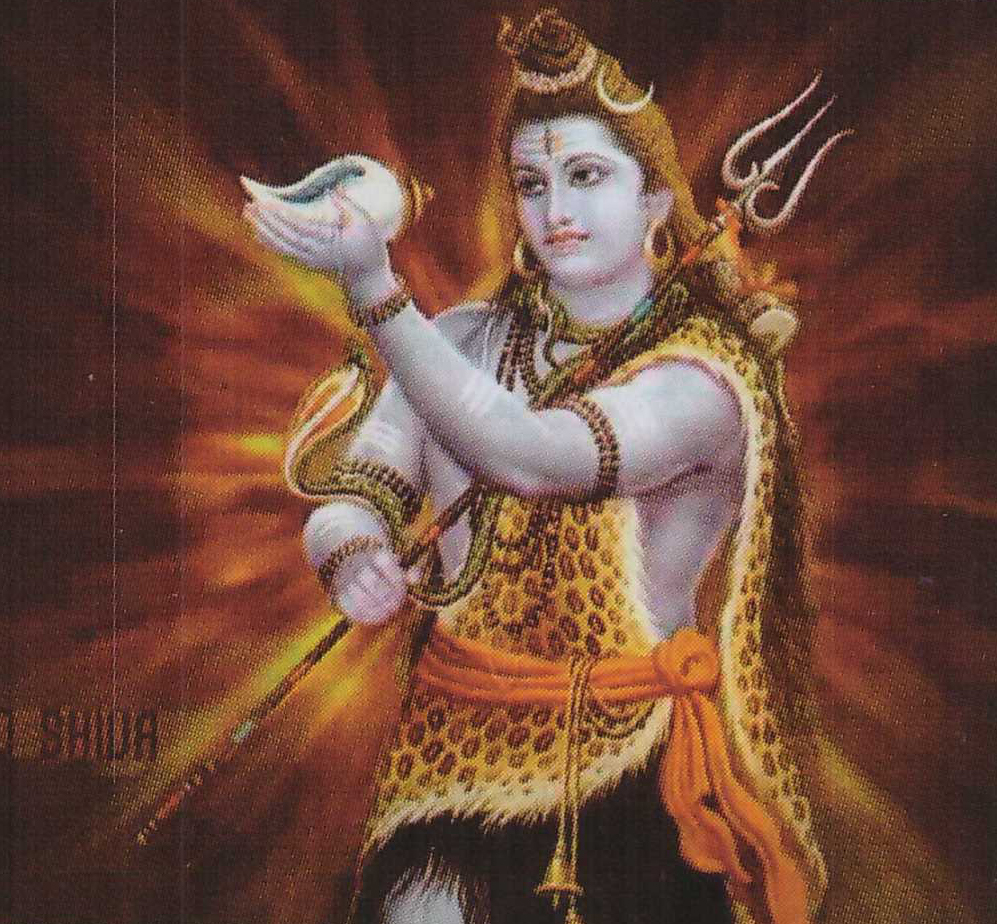 2. Maha Shivarathi. Shivarathri is celebrated on the 14th night of the dark half (Krishna Paksha) of theisionth of Phalguna. Lord Shiva appeared as a lingam on this day. Celebrated on the night of Krishna chaturdashi, Maha Sivarathri speaks of the divine charisma and eternal bliss of Lord Shiva. In South Africa the Hin generally observe Shivarathi on the 13th night. The main objective of Shivarathri night is fasting, prayer, kirtan and bhajan, offering of Eel Pain (bel leaves) on the Shiva Lingam and Havan. One celebrates Shivarathri at night because the role of Shiva in the Hindu trinity; Brahma the creator, Vishnu the preserver and Shiva the destroyer. In scriptures, Shiva is well known as the benevolent God who grants his devotees their wishes. There is a belief amongst Shiva devotees that all the Shiva lingams acquire a special potency on the night of Shivrathri. There is a belief that Shiva comes to life in the Lingas on that night. Devotees offering dedications on that night are relieved from the cycle of birth and death.

3. Krishna Janmasthami is also observed at our temple. This i one of the greatest of all Hindu festivals. Lord Krishna is the 8th avathar or divine incarnation of Lord Vishnu. Krishna was born on the 8th day of the dark half of the month of Bhadrapada (in August September). hnmasthami means birth. Lord Krishna was born at midnight at a place called mathura (India) some 5000 years ago. Krishna who has become the beloved of India and the world at large had a four fold objective.

On the birthday itself everyone fasts and spends the day in holy communion. All greet each other with the holy mantra; Om Bhagavate Vasudevayai. A grand havan is performed for the spiritual progress of aspirants and for world peace. Satsangs are held from 4am in the morning till midnight. Discourses upon the glorious life and teachings of Lord Krishna are also held. Towards midnight there is a grand worship of Lord Krishna. The ords image is bathed ith milk while his name is chanted 108 times. The worship concludes with offerings of flowers, waving of lights (harathi) and reading of the portion of Krishna bhagavata which deals with the birth of Lord Krishna.

4. Navaratri or Durga Pooja is also celebrated in our temple. Devotees worship Shakthi the Divine mother in her aspect as power. . Everyone is blessed with her mercy and is protected by her. Durga pooja commences celebrates Durga’s victory over the buffalo head, Demon Mahishasura; fought over 9 days. . The worship of Durga is the worship of God’s glory; of God’s greatness and power. The first 3 days are devoted to the worship of Mother Durga or Kali who is the destroyer of demonical qualities. The devotees pray to her to destroy all their impurites, vices and defects. The 2nd day is devoted to the worship of mother Lakshmi, the bestower of wealth, spiritual wealth, purity, compassion, chastity, love, calmness, courage, fearlessness. The 3rd day is devoted to mother Saraswathi, the bestower of divine knowledge. This marks the final stage of our spiritual journey to God realisation. This can only be achieved after removing one’s evil qualities and cultivating divine virtues. Vijaya Dasami is known as one of the most vibrant and enticing occasion. The pious day ofVijayaDasami symbolizes the victory of Lord Rama over the King of demons Ravana. It is also the majestic triumph of Goddess Durga over the Asura on this day. Let the Divine mother Durga take us step by step to the top of the spiritual ladder and unite us with the Lord so that there will be no more pain, no more misery, no more death, victory be ours.

5. Saraswati Pooja is celebrated at our temple. It is the celebration of the deity Saraswathie. She is depicted as the Goddess of knowledge, learning and enlightment. During this pooja, prayers,bhajans and words of wisdom are sung to praise Saraswathie and seeking her blessings and guidance. Mother Saraswathie is the consort of Brahma. She is presented as a very beautiful lady attired in a white sarrie. She has 4 hands, the forearms supporting Veena a musical instrument. In the right hand she holds a rosary or mala and in the left hand she holds a book. Her whiteness symbolises that she is pure in every sense of the word. One must lead a life of purity in thought, word and deed. Saraswathie is a divine being representing knowledge, wisdom, grace, beauty and harmony. The instrument, the Veena produces pure sound and Saraswathie is herself the origin of all articulated sounds. She .5 known as Vani. The music of the supreme mother Vani gives -fpgrzeariaah.4. that glimpse of harmony. The sacred scriptures first emanated from Goddess Saraswathie. The holy book in her hand embodies the theory of wisdom. The spotless mala (rosary) indicates that through japa and seditatio one can attain the highest transcendental wisdom. Therefore her presence of a thought of her (picture, mother statute) stimulates us and urges us to create, to discover, to invent and to seek. She is the source of inspiration to mankin Daily prayer offeredto mother Saraswathie helps one to unfold greater love,wisdom and understanding. Let us all pray to Maha Saraswathie for her wisdom, guidance and understanding to all mankind to resolv the problem in this much troubled world.

6. Varalaxmi Vratam is devoted to Goddess Laxmi and is observed with strict religiou rituals. Goddess Laxmi is the epitome of Wealth, Earth, Love, Learning, Fame, Peace, and Pleasure. The married women keep fast and pray for the well being of their husbands on the day of “Varalaxmi Vratam”. The festival of Varalaxmi Vratam is celebrated with much fanfare. On the day of “Varalaxmi Vratam”, married women wake up early to perform the “Puja” of the Goddess of Wealth. A holy thread which is yellow in colour is tied in the hands of the married women. The women clean and decorate the place of worship of the Goddess with a bronze or silver pot which is filled with rice, water, lime, betel leaf and nuts which is a sign of prosperity. The Goddess is offered with many kinds of home-made sweets. The women sing devotional songs in praise of the Goddess and invoke eternal marital bliss. 1 The festival of “Varalaxmi Vratam” has an important religious significance which reflects the respect, love and devotion of a woman towards her husband. Married women wear new clothes and jewellery while observing the religious rituals on the day of “Varalaxmi Vratam”. Goddess “Parvati” had asked Lord Shiva to prescribe all the married women with a ritual which would ensure peace and prosperity on earth. In response to the request, Lord Shiva narrated the story of “Charumati” who was rewarded by the Goddess Laxmi because of her devotion towards her husband. From that day till today, the entire womenfolk observe fast on the day of “Varalaxmi Vratam” to seek divine intervention. “Sri Rama Navami” marks the birth of Lord Rama. Also known as Kalyanotsa yam”, this festival also commemor ates the marriage of Rama and Sita. The state celebrates the festival of Sri Rama Navami for -a • a continuous period of ten days when the devotees indulge in “fast” and prayers to seek the divine blessings of the eternal Lord Rama.