A BRIEF HISTORY OF THE ANDHRA PEOPLE IN SOUTH AFRICA

Since their arrival in South Africa, the Indian immigrants led a life of rejection and restriction. They were made to feel alien. There was an urgent need for the development of cultural institutions. Through determination and resolution simple cultural institutions were created in the Telugu community. Informal teaching of Telugu began. The children were taught their socio-cultural habits, religious rituals, Hindu Dharma and Andhra traditions through oral communication. The Andhras realised that Telugu literacy was essential to keep their customs and practices alive. This led to the formation of Telugu Paatashalas in Natal; a colossal task but the end result was soul satisfying, enjoyable and enlightening. 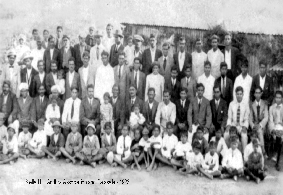 The third Paatashala was established by Late Mr L. Kris Naidoo in Stella Hill in 1920.

Informal teaching of Telugu was also conducted at many homes.

3. FORMATION OF THE ANDHRA MAHA SABHA OF SOUTH AFRICA 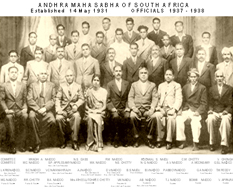 The visit by Mrs Sarojini Naidu in 1924 provided the initial impetus to establish Andhra identity. Sir Kurma Vengetta Reddy, the Second Agent General for India in South Africa in 1929 whipped up enthusiasm amongst the Andhras towards the attainment of a language identity by making public utterances in Telugu. Late Mr V.M. Naidu, Librarian at the MK Gandhi Library in Queen Street, Durban, took the initiative to set the ball rolling. He and the Late Mr A.J. Naidoo called up an informal meeting aimed at the formation of an Andhra body.

A mass meeting of the Andhras was held on Thursday, 14 May 1931 at 10.00 at the Hindu Dravida Education Institution in Cross Street, Durban. At that meeting, the proposal to organise the community into one Sabha was initiated. Mr V.C. Nayanarajh was the pro-tem Chairman and Mr A.J.Nadioo, the pro-tem Secretary. All deliberations were conducted in Telugu and the minutes of the meeting were recorded in Telugu. Mr V.M.Naidu was elected as President of the Andhra Maha Sabha; Messrs D.V.Naidoo and A.J.Naidoo were the Joint Honorary Secretaries; Mr C. Dalliah Naidoo, the Honorary Treasurer and Mr L. Kris Naidoo, the Honorary Auditor. In 1936 the Andhra Maha Sabha was constitutionally declared as the Andhra Maha Sabha of South Africa (AMSSA) – the “Parent Body” representing the Telugu-speaking people of South Africa.

AMSSA aimed at a closer unity of the Telugus by promoting, preserving and propagating the Telugu language and Andhra culture. It caters for all the educational, spiritual, social and cultural needs of the Andhra community. It is the only National Body for the Telugu-speaking people in South Africa and is registered with the Department of Social Development as a non-profit Organisation. AMSSA is affiliated to the South African Hindu Maha Sabha, actively participating in all its activities.

The establishment of a base from which to operate became imperative. Land was acquired in 1937 at 43 Leopold Street. On Sunday, 23 March 1947, the foundation stone was laid by Mrs Mariamma Chetty, a trustee and unveiled by Mrs Athielutchmee Chetty.

On Sunday, 23 June 1957, Mr Boomreddy Akku Naidoo of Stella Hill officially opened the ‘Andhra House’ at 2.30pm. The function was presided over by Dr M.B.Naidoo. 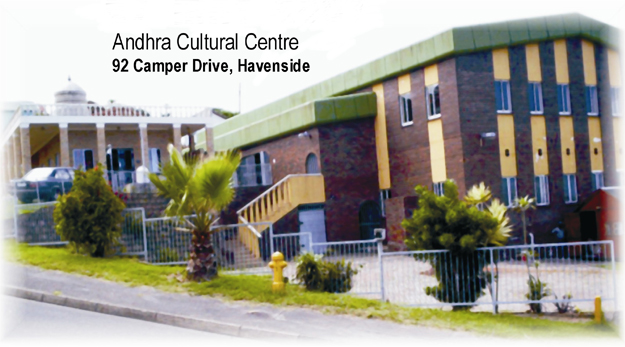 When the Group Areas Act uprooted established Telugu communities, the Andhras moved to places like Chastworth, Phoenix, Isipingo and Reservoir Hills. A move was made to shift the headquarters to Chatsworth and today the Andhra Cultural Centre in Havenside, Chatsworth is the new headquarters of the Andhra Maha Sabha of South Africa.

Lack of support in subsequent years, due primarily to the mass shifting of Indians in the course of the application of the Group Areas Act, saw the demise of some branch Sabhas but it was encouraging to note the birth of new ones during the past 20 years. The total number of Sabhas to date stands at twenty-six. Three Raam Bhajan Groups have recently affiliated as associate members.

Sabhas were also established in Gauteng and Cape Town. The Pathmajurani Andhra Sabha, established on 24 April 1933 is still an active member of AMSSA. 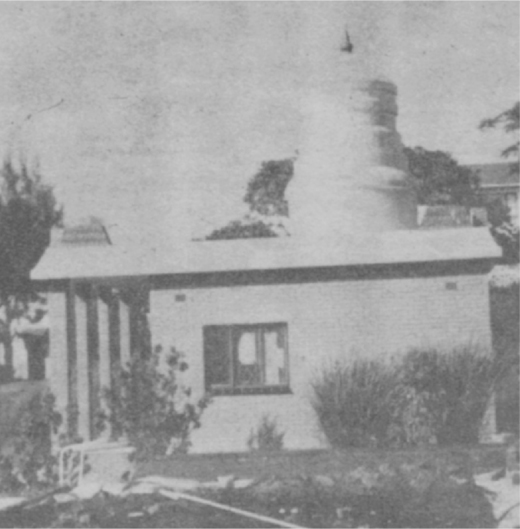 It was with a sense of reverence and pride that the Andhra Community converged on the Havenside site on 30 June 1983 for the final consecration and official opening of the Sri Venkateswara Devastanam. At last we had own Venkateswara Temple graced by our lord who had come all the way from the Seven Hills of Thirumala! The epic struggle waged over two years by our Sabha to secure these VIGRAHAS VIGNESWARA, SRI VENKATESWARA and PADMAWATHIE was over. Lord Venkateswara made this dream a reality. The temple has since been extended and given a new face-lift. The Devasthanam caters for all religious/spiritual needs of the Andhra community. It also caters for the needs of the community of Havenside, Chatsworth.

The Andhra people worship Lord Venkateswara who is an incarnation of Lord Vishnu. There were six temples, mainly Vishnu and Venkateswara temples, built by Andhras on the Natal coast.

“To keep the Andhra Jyothi glowing” AMSSA with its affiliates organises various activities and also participates in many National World events.

6.2 Texts from India – As early as 1938, pamphlets, periodicals, reading texts for Paatashalas and recordings to date were brought from India. AMSSA also published texts for use by learners of the Telugu language.

6.4 RAAM BHAJANA FESTIVAL: It is a popular dance-cum-bhajan presentation in praise of “Lord Rama.” AMSSA organised its first National Raam Bhajan with many Raam Bhajan groups, performing under one “umbrella” in 2005. It was such a huge success that it was decided to hold this event every four years. The 2009 National was equally successful. The third one was held on 13 April 2013. It was a spectacular event. Approximately 5000 people attended. It was the most successful to date.

7.1 Telugu was taught at various Paatashalas to children and adults since 1931.

7.2 Telugu was also taught to adults at the ML Sultan Technikon and the University of Natal, Westville Campus.

7.3 In 1941, acting under the special instructions of the General Council, Mr L.Kris Naidoo initiated a move for the inclusion of Telugu as a language subject in the Junior Certificate and Matriculation examinations. After continued, persistent efforts this became a reality in 1948 when Mr Bungar A. Naidoo, a graduate of the University of Natal, was allowed to offer Telugu as a language subject for his Social Science Degree. For the first time in the history of South African education, an Indian language was recognised at the University level. 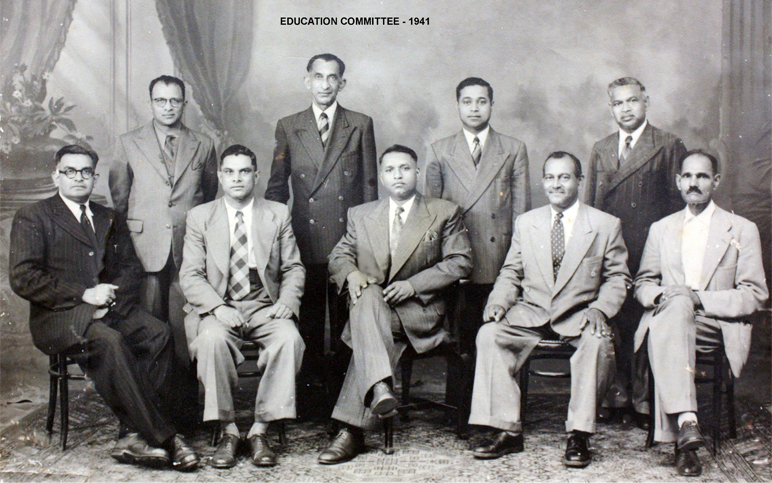 7.4 AMSSA Education Board was formed in 1942. It controlled the education of both Children and adults. In subsequent years those with knowledge of the language served on the Board. Pundit Varadacharyulu from India was employed by AMSSA as a teacher and examiner.

7.5 The arrival of a Telugu lecturer from India, Mrs V.Prabhakaran, at the University of Durban-Westville in 1989 provided an impetus to the Telugu community. She published Telugu Readers, Teacher’s Guide and handouts on grammar suitable for those who want to learn the language.

7.6 In May 2000 AMSSA’s Education Committee published its own Telugu Primer, Telugu Chadhuvu, which was also used by students in state schools. Mr V. Latchanna was
the author of this book. Telugu classes were established in state schools from 1984. AMSSA established a Telugu Academy in 2003 at the Andhra Cultural Centre for both adults and children. AMSSATA conducts classes up to Senior Certificate level. Tuition is free. 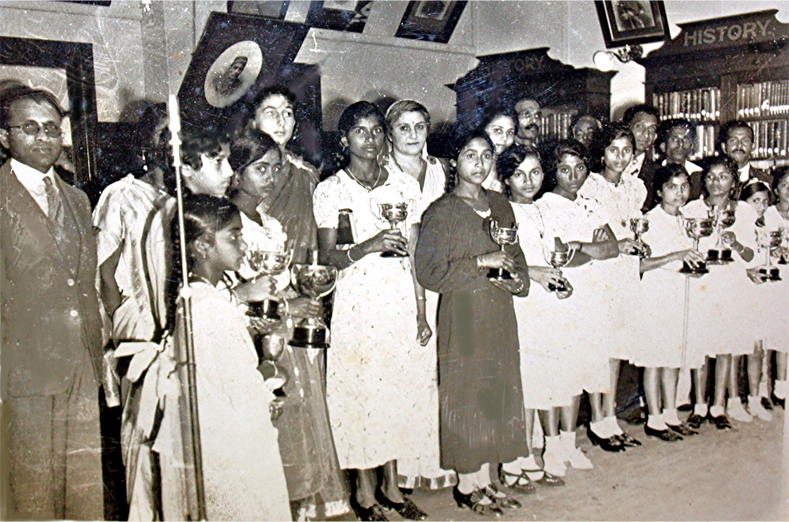 The Eisteddfod was introduced by AMSSA on 6 August 1939. AMSSA was the first among the Indian linguistic groups to introduce this annual event. Under the patronage of Lady Rama Rao, wife of the Indian High Commissioner in South Africa, the event was held at Gandhi Library, Queen Street, Durban. The Eisteddfod is the ‘flagship event’ of AMSSA. It gives expression to all aspects of Telugu culture, language, song, dance and music. In May 2014 AMSSA held its Diamond Jubilee Andhra Eisteddfod. It was a spectacular event. The response from our affiliated was fantastic. A 140 page brochure was published to mark this milestone. 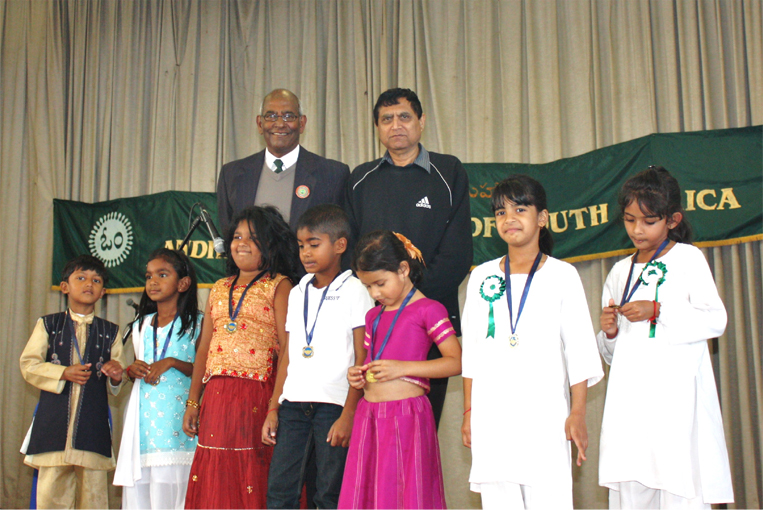 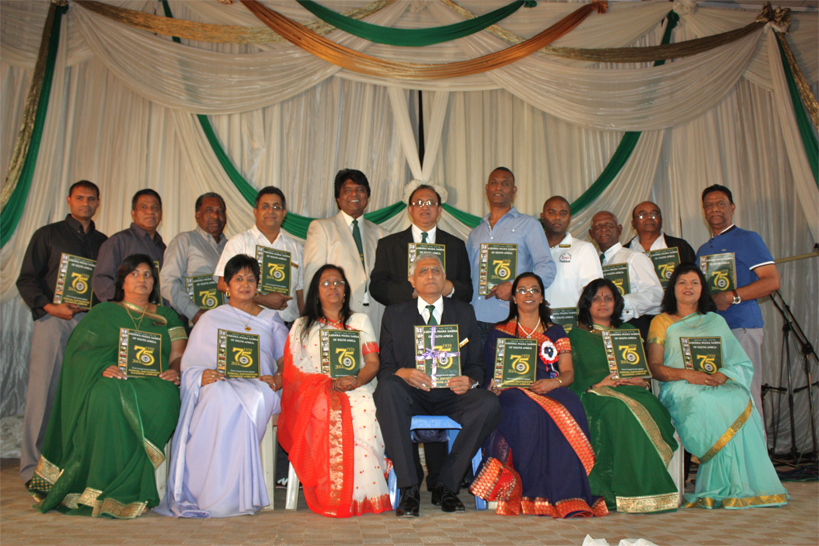 Awarded to honour those people who voluntarily sacrificed their time and family commitments for a period of time to serve and promote the language and culture. Colourful functions are held to present these awards.

AMSSA members attended these conferences from December 1938 to 2000. Members also attended the first World Teachers conference in 1975. AMSSA always send delegates to all the major conferences.

Festivals were organised by AMSSA and its affiliates as from 1932 viz.

DEEPAVALI CELEBRATIONS: Besides organising its own celebrations, AMSSA is an
active partner in the celebrations organised by the SA Hindu Maha Sabha.

SRI VENKATESWARA DEVASTANAM: Established in June 1986 at the Andhra Cultural Centre. All religious festivals are observed.

ANDHRA EVENING: A social gathering where the guests are treated to Andhra cuisine, music, dance and language.

SWAMI THYAGARAJA MUSIC FESTIVAL: Swami Thyagaraja was a great composer of devotional songs on Lord Rama. AMSSA hosts these festivals, free. Affiliates also hosted the festival. AMSSA co-hosted the festival with the Indian Academy of South Africa for many years. In 2013 we brought this festival back to its rightful home. On
04 May 2014 an excellent production was held at the MTSS Hall, Merebank.

KUCHIPUDI DANCES: These are classical dances of Andhra Pradesh. AMSSA hosted the Uma Bharathi Show in May 1977. The dancer was from Hyderabad, India.
In March 1999 Meena Thakur from Delhi entertained us.
Rajan and Radha Reddy from Delhi gave us an excellent performance.
In 2007 Kutchipudi dancers and musicians from Andhra University, Hyderabad, India graced our land with their intricate dance forms and soul satisfying music.

12.1 The first National Andhra Youth Movement was launched in January 1950.

12.2 The youth from the Sabhas and the community are members of the movement.

12.3 The movement is a great source of assistance to the parent body.

12.4 Many an adult who served AMSSA in various capacities were part of the Youth Body.

13.1 The first group was formed by Pathmajurani Andhra Sabha in 1948.

13.2 Every affiliated Sabha has a group. The Women support all activities of their own
Sabha and those of the Maha Sabha.

13.3 In May 1997 the Andhra Women’s Forum was established. They are supportive of
Local and National events.

14. THE TELUGU LANGUAGE IN THE SOUTH AFRICAN CONTEXT 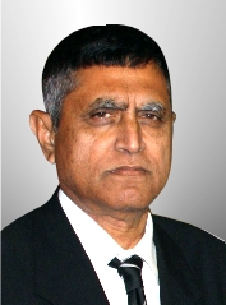 As a language of social communication Telugu is fast disappearing. English is the primary language as is with all other linguistic groups, dictated by South African politics and the pressures of bread and butter issues.

Today in the South African scenario a new threat in the form of political mobility and the need to identify with people of all colours will place undue pressure on the Andhra community’s identity. The new challenges ahead to promote and foster the Telugu language and culture will be met with greater enthusiasm and conviction by the Andhra Maha Sabha of South Africa. The President, Mr A.K Naidoo has outlined his vision for a ‘renaissance’ of the Telugu language and Andhra Culture.

In conclusion a very realistic analysis of the South African Andhras reveal that the Telugu speaking people encountered many handicaps from the days of indenture, some one hundred and fifty four years ago. The political, socio-economic and educational policy developments have beyond question impacted negatively on the preservation and promotion of the Telugu language. However, The Andhra Maha Sabha of South Africa will continue to keep the “Andhra Jyothi, the Torch of Andhraism, glowing for Ever and Ever”; despite the emergence of a multi-cultural society in the new South Africa.

AMSSA also serves the community of South Africa, unselfishly in various capacities for “a better life for all.” Andhra Maha Sabha has its Motto: Unity is strength – Sangibhaaveme Bhalum. 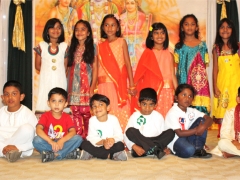 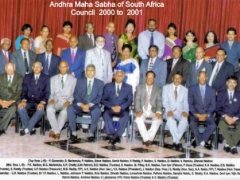 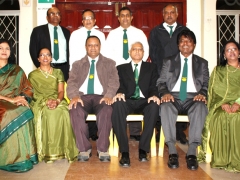